To conclude the celebrations for the 60th anniversary of the iconic Renault 4, the car maker has teamed up with motion design hub TheArsenale to create a futuristic show-car – a reinterpretation of the 4L that can fly! 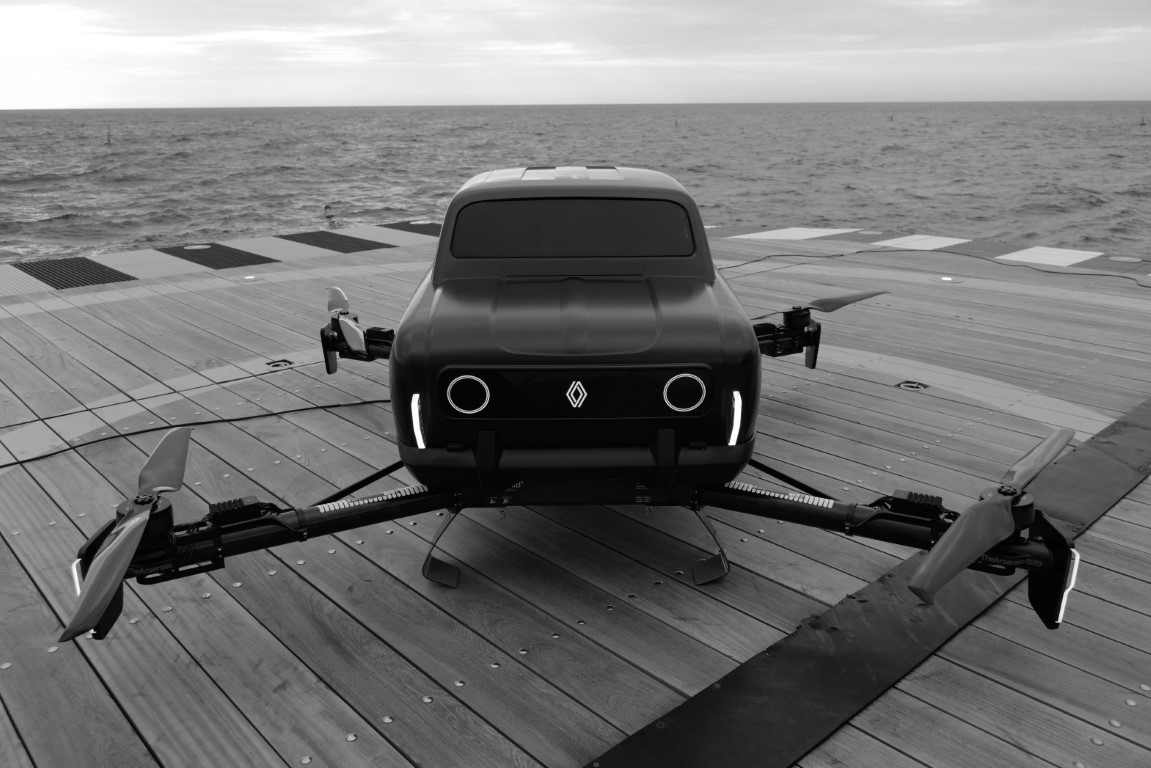 An automotive design icon, the Renault 4L sold over 8 million units across more than 100 countries over a production lifetime that spanned more than 30 years, and to celebrate, Renault has been holding a year of celebrations and initiatives. For an eye-catching finale, the brand has joined forces with ground-defying design hub TheArsenale to create a show-car that gives a futuristic and off-beat reinterpretation of the much-loved 4L.

The original Renault 4 was a simple, efficient and versatile vehicle built between 1961 and 1992. Former head of Renault Group Pierre Dreyfus once described it as a “blue jeans” car, and it went on to transport everyone from families to businesses, the gendarmerie to La Poste, while also giving the inspiration and opportunity to generations of young motorists to get behind the wheel. These are the qualities that convinced TheArsenale to collaborate with Renault to reimagine a 4L, one designed to travel the unmarked highways in the sky.

AIR4, THE RENAULT 4 “VOLANTE”
The AIR4 is a symbol of independence and freedom, borne out of the realisation that while traffic is growing, the world above us is unhampered. Thus, AIR4 claims the air as the new road of the future.

The design of the AIR4 is a modern reinterpretation of the original icon. Made entirely of carbon-fibre, the AIR4 follows the familiar lines and shapes, but has been re-engineered to accommodate concepts such as thrust and lift that the original could only have dreamt of. Hours of calculations and tests drawing on generative design techniques and artificial intelligence resulted in terabytes of data, every bit of which was carefully modelled and analysed to fine-tune the design. With that complete, real-world trials could begin.

“After a year-long celebration we wanted to create something unconventional to close up the 60th anniversary of 4L,” highlights Arnaud Belloni, Renault Brand Global Marketing Director. “This collaboration with TheArsenale was a natural fit. The flying show-car AIR4 is something unseen and a wink to how this icon could look like in another 60 years.”

Instead of wheels, the AIR4 features four two-blade propellers, one at each corner of the vehicle. The body sits in the middle of the rota frame, with the driver gaining access to the cabin by lifting the front-hinged shell.

The AIR4 is powered by 22,000mAh lithium-polymer batteries that generate a total power of around 90,000mAh, enough for a horizontal top speed of 26m/s, with a 45° inclination during flights, up to a maximum inclination of 70°. It can fly as high as 700m with a take-off speed of 14m/s, although this is restricted to 4m/s for safety reasons, with a landing velocity of 3m/s. Its propellers generate 95kg of vertical thrust each for a total of 380kg.

The AIR4 has been imagined, designed, engineered and assembled entirely in France, in the heart of Europe’s first technology park in Sophia Antipolis, on the Côte d’Azur.

THEARSENALE “ROAD TO AIR”
The AIR4 is the first product from TheArsenale’s ROAD TO AIR division, which envisions the future transport network to be in the sky. It is the brainchild of Patrice Meignan, CEO and Founder of TheArsenale, who sought to create a new kind of vehicle that provokes emotion and offers pleasure.

“I have dedicated my life to the passion for mobility and I continually explore all aspects of the moving world.” says Patrice Meignan. “After 25 years of forward-looking research, we believe that the icons of car culture are eternal, whether on earth or in the air. For 60 years, the Renault 4 has been driven by ordinary people who make it extraordinary. It is a car that symbolises adventure: simple, practical, useful and as modern as it is retro. Most drivers will tell you, it allows you to travel differently and to live an adventure. This ‘travelling different’ has inspired my team and I. With AIR4 by TheArsenale, the Renault 4 is ready for its greatest adventure yet.”

WORLD PREMIERE
After its digital presentation today, the AIR4 will go on public display in the centre of Paris at the Atelier Renault on the Champs Elysées from next Monday until the end of the year, alongside other historic versions of the Renault 4.

In 2022, the AIR4 will travel to Miami and then New York, before a pit stop in Macau. 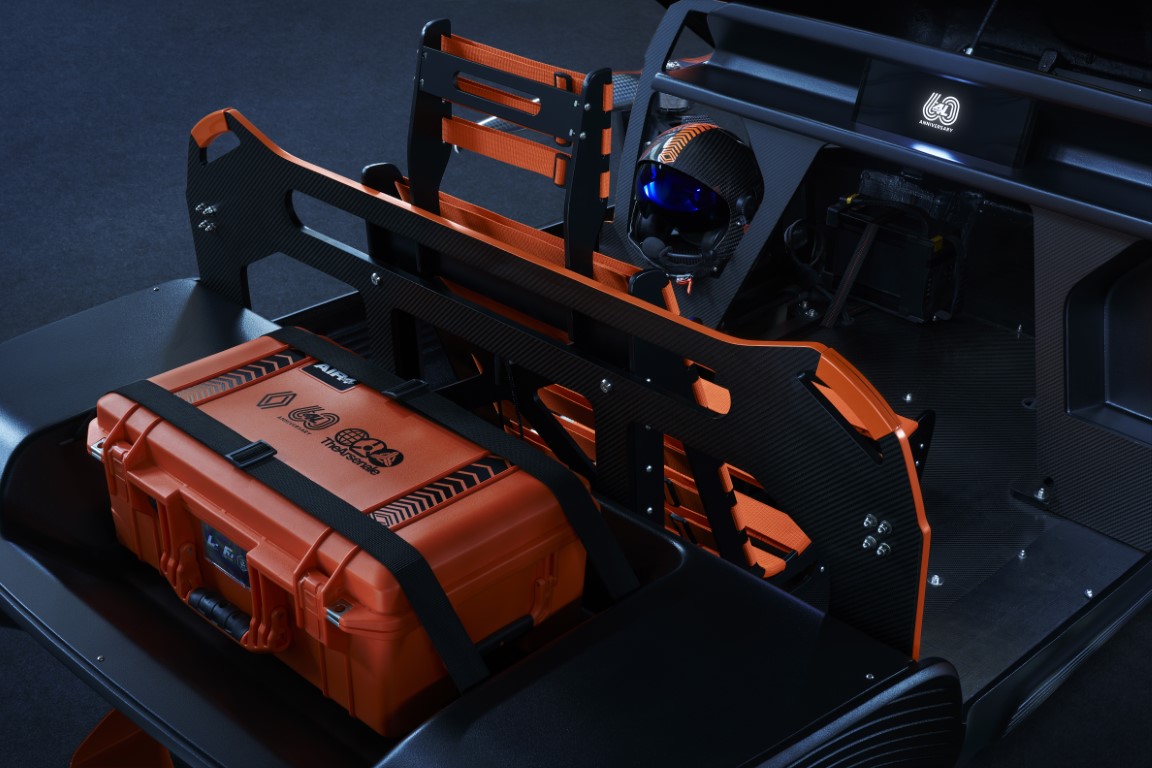 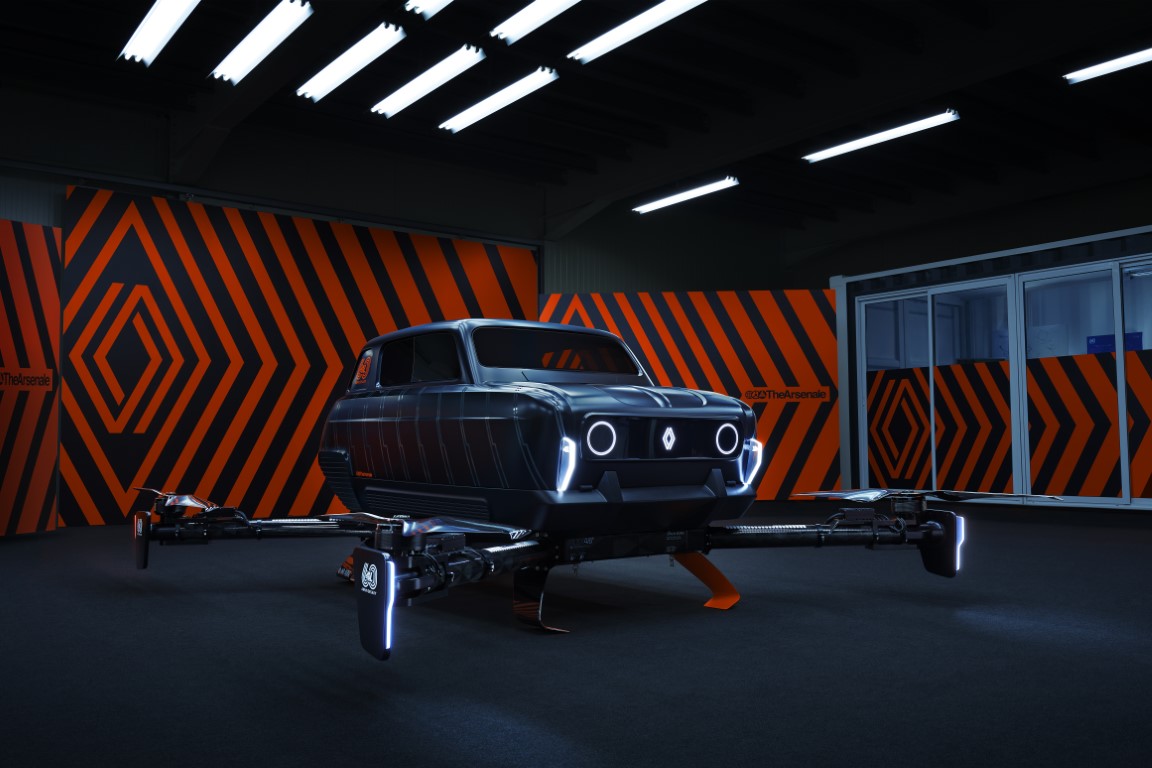 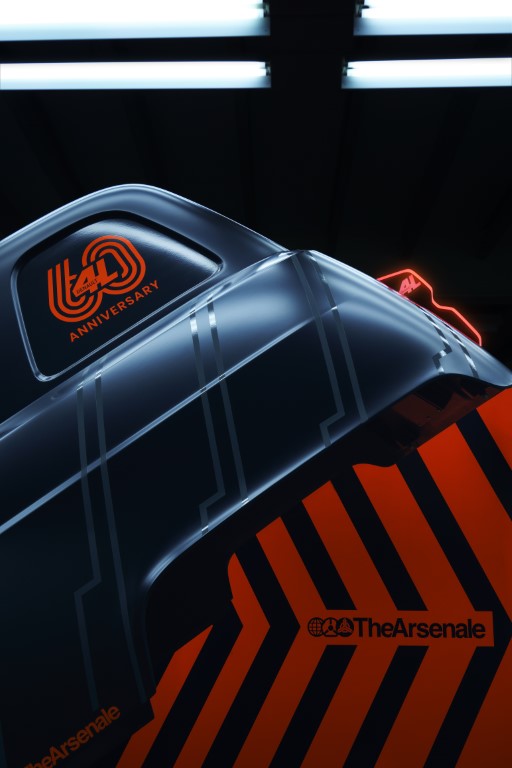 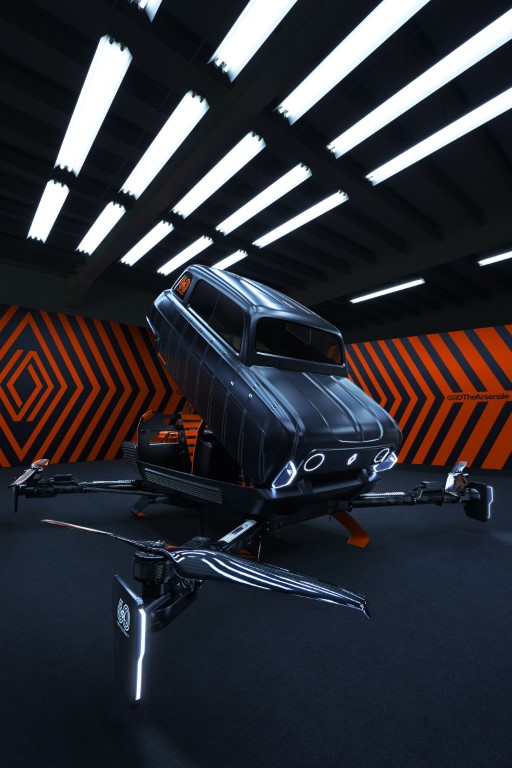 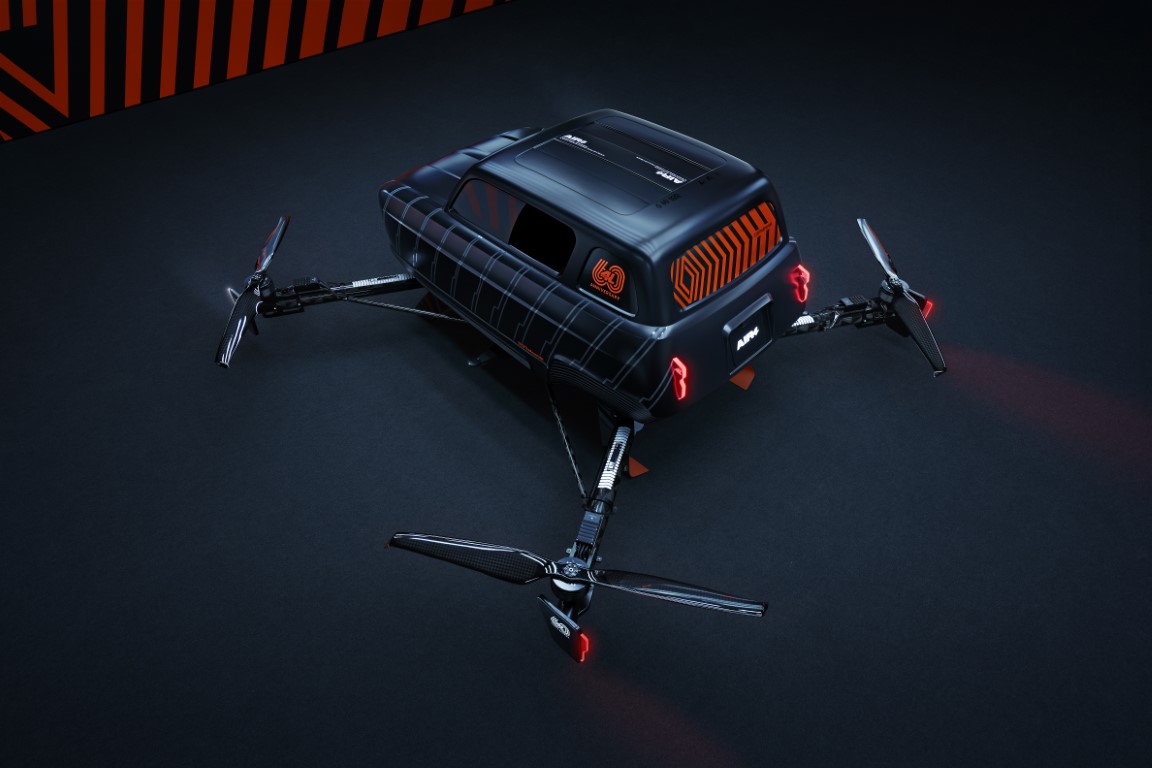 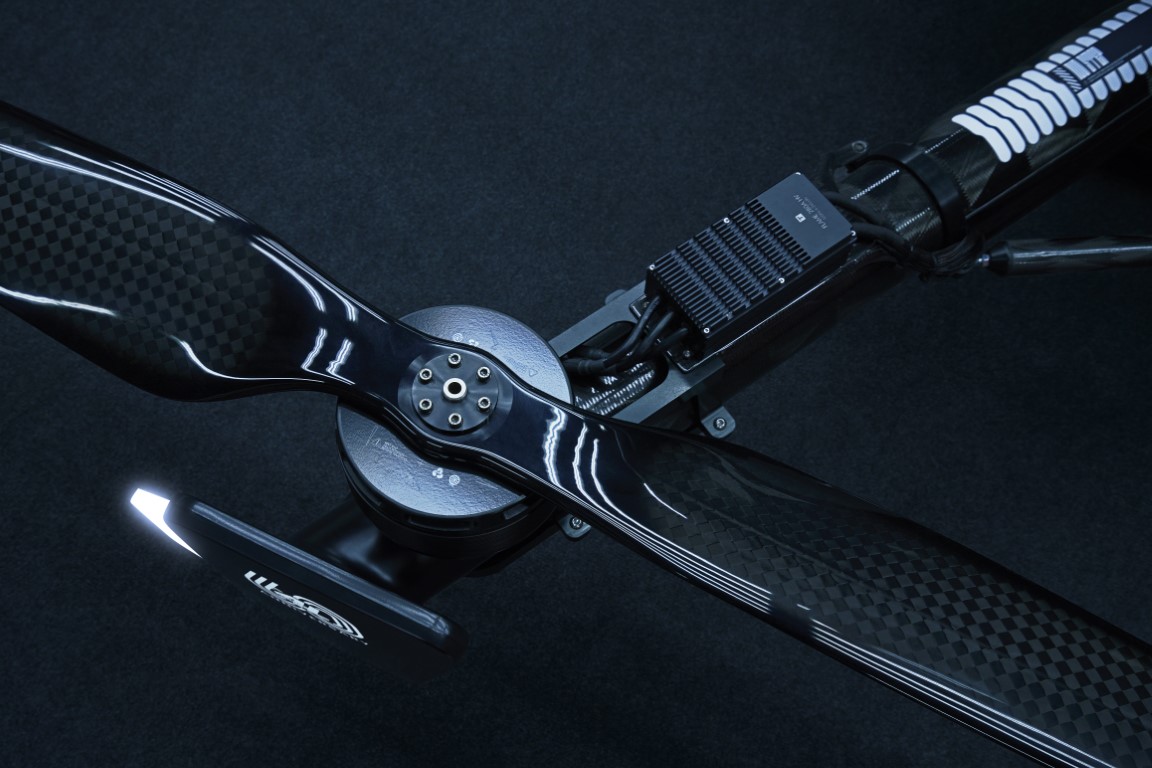 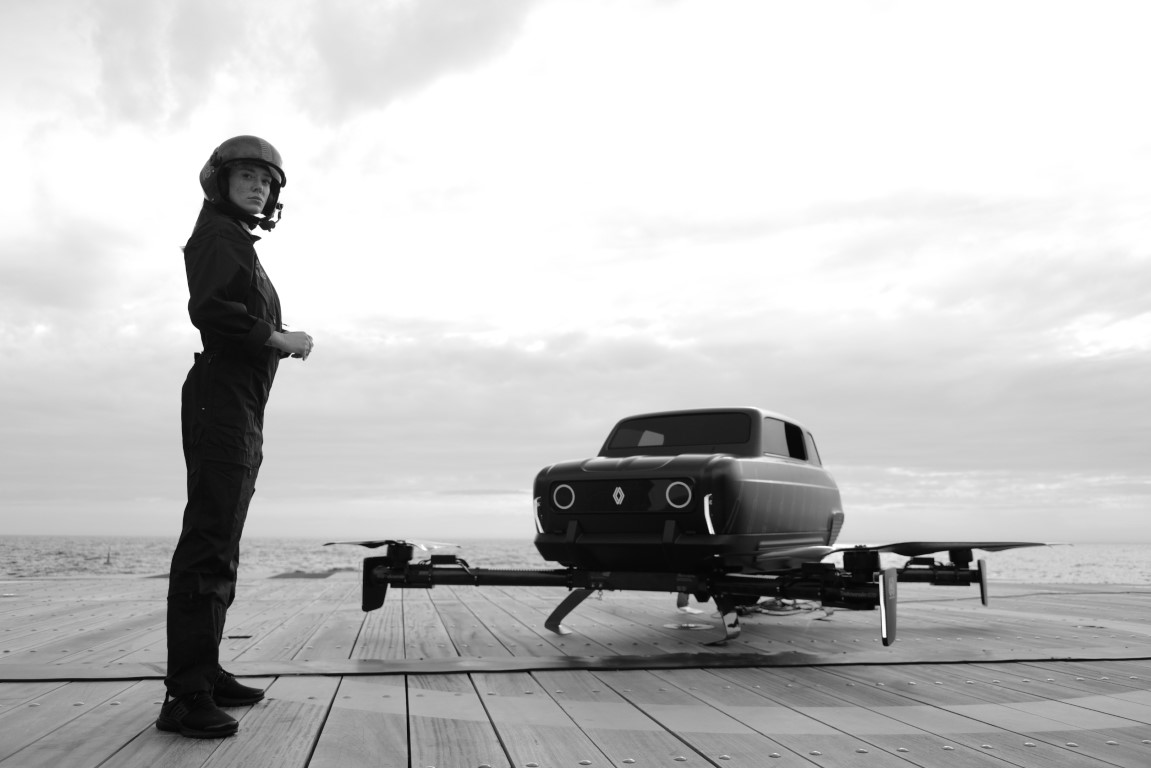